The Orchestra shape is almost the perfect halfway house between a dreadnought and a parlour. Its classic hourglass figure meant it sat comfortably on the knee, endearing it to players of folk and other fingerpicking-heavy styles of music. The shape ensures it has the perfect balance between playing and comfort, and was often seen on the knee of no less a player than Eric Clapton. However it wasn’t averse to a bit of heavy strumming when the occasion called, and its large bottom end ensured you can keep pace when playing with others.

Shallower than a dreadnought and narrower in width, the Orchestra shape (also known as a folk/auditorium) brings the body closer to the player. As there’s not as much mass to curve your strumming arm around, it feels more intimate and comfortable for stage use too. While losing some of the dreadnought low end, it’s popular for fingerpickers as it’s more likely to have a mid-focused quality coming through. 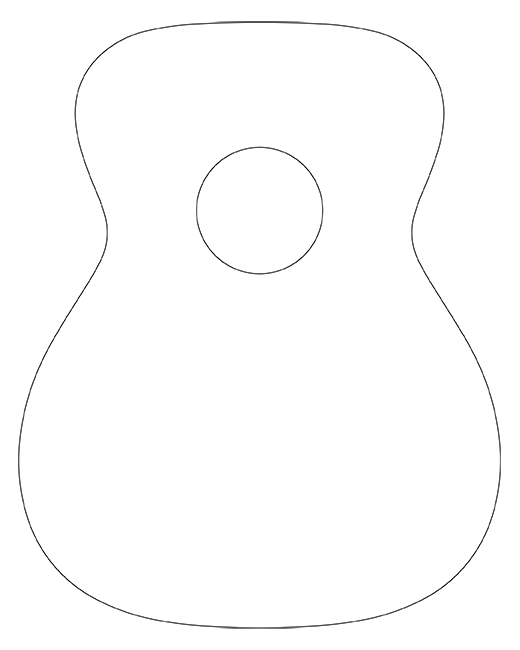