At just 15 years of age, Amber Titchener, is one of the freshest young talents bubbling up on the global music stage.  Self taught on the guitar and keyboard, this cutting-edge UK singer/songwriter began wowing audiences with her local Open Mic nights at the age of just 8. 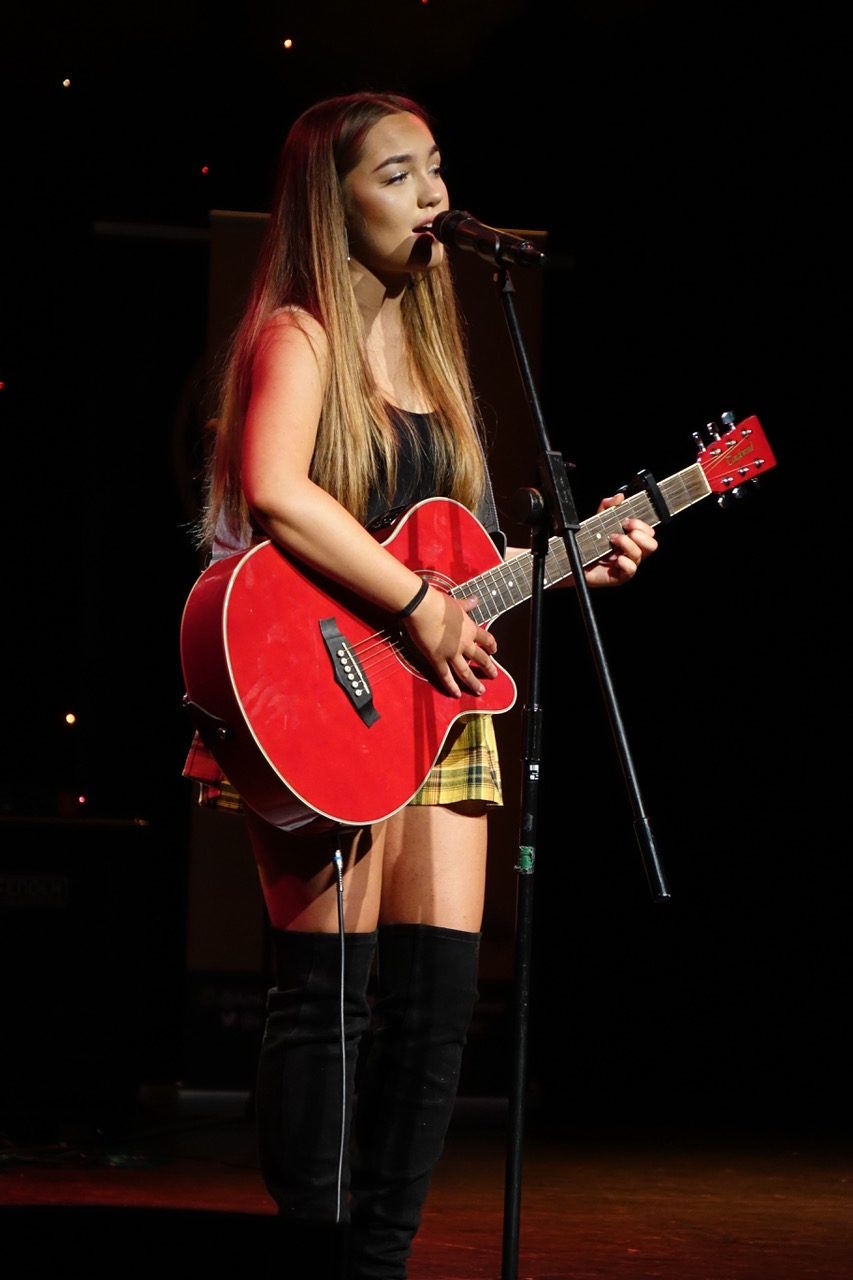 Creative, confident and ever evolving her sound, Amber’s talent has led her to perform at the World famous, The Shard where she became the first acoustic performer to play the Open Deck as well as such venues as, Metropolis Studios and the UK’s biggest Music Industry network event at Tileyard Studios in London (the youngest artist to ever perform there). Amber has performed to 2500+ people at East Court Live in Sussex, coupled with appearances at iconic music venues like The Bedford, The Forum Tunbridge Wells, The Grey Lady, headlined at a sold-out Chequer Mead Theatre, Brollies Brewery, Reigate Music Night, The Dorset Arms, The Small Holding, Kent, festivals such as, The Great Escape, Unfest, Megamix Festival, Ashstock, The Surrey Music Festival, Lingfest and the Oxted Folk & Blues Festival. She also had her own sold out headline show with a Charity Concert for Teenage Cancer Trust at Chequer Mead Theatre in June.

In the past 2-years, Amber has notched up over 100-gigs nationwide. Garnering huge interest throughout the industry for her world-class talent at such a young age, 2019 is set to be the biggest yet for Amber.

Amber is currently working with a plethora of top Producers and songwriters. and is constantly working in the studio, co-writing and recording with top Producers/Songwriters, all the time fitting this in with her GCSE studies.

She started 2019 off with a co-write released by Rubika, called “The Final Call” which has had nearly 800 thousand YouTube plays. Whilst her first single TICK TOCK (her first release as vocalist and co-writer) was recorded with Mega Asian/British Producer Dr Zeus and the video was filmed with Director Luke Biggins and Producer Rebekah Bird.

The track was released in the early hours of the 7th April after a Radio One exclusive play and interview and had reached over ONE MILLION YouTube views within four days and has now reached 1.5 MILLION views.