Ben was born on the 28 June 2003 in the town of Keighley and from an early age he showed a natural gift for performing. During his early years at primary school he joined the school choir and was soon ushered to the front and given solo parts at local village festivals. The later years at primary he auditioned in the school annual productions, and stared as Joseph in Joseph and the Technicolor dream coat.

Ben wanted to try his hand at acting and joined Stage 84, a leading performing arts school. Stage 84 have produced several household names including ‘David Platt’ from coronation street and Kimberley Walsh from Girls Aloud. At Stage 84 Ben successfully auditioned for several principle rolls including West Side Story, Wizard Of Oz and Sister Act. Some of these stage shows they took to the Edinburgh Fringe, each show was a sell out. Through Stage 84 Ben also did some TV work and appeared in three episodes of CBBC hit show So Awkward.

At the age of 8 Ben announced he wanted to play the electric guitar and take up singing, he is now working on his grades 7 and 8.  The electric guitar soon fell out of favour and he moved over to the acoustic guitar and a new teacher. His teacher could see great potential in his singing and guitar playing and encouraged him in to the Open Mic and Gigging scene, Ben found his calling!!!

From pubs to clubs Ben honed his craft on the acoustic scene and was well received. He knew then that music was his calling. 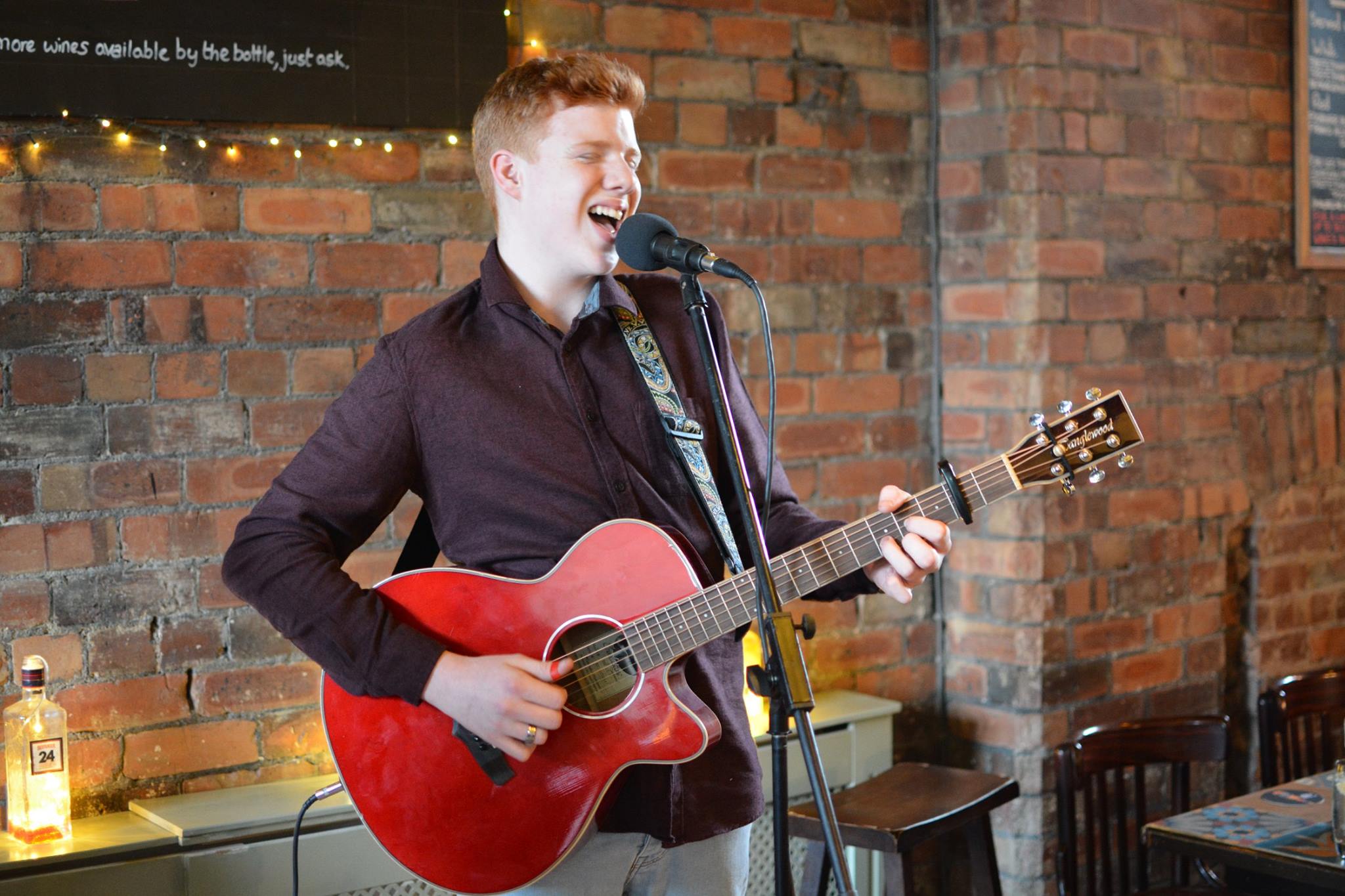 A family holiday was planed for summer of 2017, a Mediterranean cruise on the P&O’s flag ship Britannia, Ben took his guitar to perform at the talent competition at the end of the holiday, and had no idea what was in store and how his life was going to change! On the first day at sea a rock school was being run by the rock band JOANovARC. JOANovARC are know world wide as the ‘Girls of Rock’ and are soon to be releasing their second album. Ben went to the classes, and the girls could see something in him. They asked him if he could perform a small set at the end of cruise show, of course he said yes. After two weeks of working on and off with JOA the end of cruise show soon came around and Ben did his stuff in front of a big crowd and blew them away. Shelley from JOA approached his parents and said ‘We want to help Ben get into the music industry’.

Weeks later and several phone calls they introduced Ben to a producer at Orange Tree Studios in Norwich and after 12 months he has finished a ten track ready for the industry to review.

Ben has also sung on a charity single called ‘Growing Older’. This was for Autism Aware UK & Kidz2Gether and in partnership with Health Watch Bolton recorded at Astar studios Bolton.

You can check out more of Ben on his social pages below.