Imelda Mary Higham (born Imelda Mary Clabby; 10 July 1974), professionally known as Imelda May, is an Irish musician, producer and singer-songwriter. Born and raised in The Liberties area of Dublin, May began her career in music at age sixteen—performing with a number of local bands and musicians— before forming her own band in 2002. 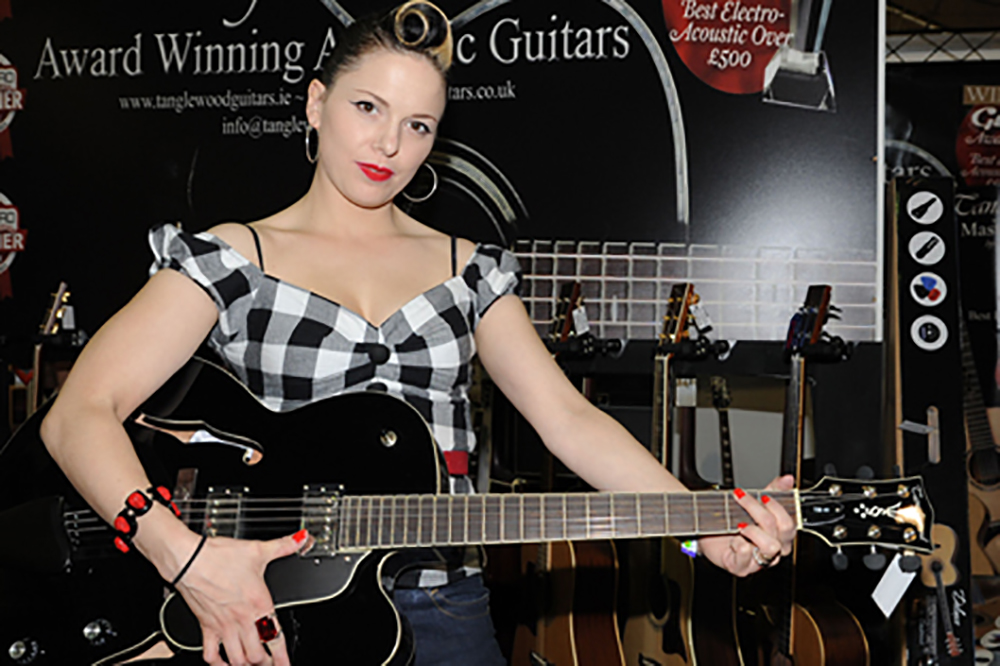 She released her debut studio album, No Turning Back, in 2003 and relocated to London, United Kingdom with husband and guitarist Darrel Higham after its release.

Following an appearance on the BBC music programme Later… with Jools Holland in 2008, she released her second studio album, Love Tattoo (2009). May collaborated and toured with a number of artists following its release. Her similarly received third studio album, Mayhem, was released in 2010 and earned her a nomination for the Choice Music Prize.

Although known primarily as a singer, May also plays the bodhrán, guitar, bass guitar and tambourine. Described as “a unique vocal talent,” May is known for her musical style of rockabilly revival and has also been compared to female jazz musicians such as Billie Holiday. She won the Best Female Artist of the Year award at the 2009 Meteor Awards.